I Will Be Iron – Bud Jeffries

The famous physiologist refers to one’s inability to go beyond mediocrity if strength and endurance are pursued with equal zeal. I never questioned this axiom as I had met many who had tried to prove it wrong. They all ended up average and hurt.

Purchase I Will Be Iron – Bud Jeffries - $40.00 at Aibox! You get access to all files. Direct Download Link and No costs are incurred (No Ads, No Waiting Time, No Capcha). Our courses come with a lifetime warranty, we're always here to help if you need it.

The Swing is the mother of all kettlebell exercises. Many people too readily overlook this primal drill and jump too quickly past it to other apparently “shinier balls”.

The Swing is possibly the most diversely spread out exercise of the human body. It exerts muscular and aerobic effort on every area and system of the body. The explosive snap of the swing builds hip, hamstring, back, quad, abdominal, and shoulder strength. It works grip strength. It works explosive speed. It spreads the focus out onto the body so that many, many muscles, if not all the muscles of the body, are activated at one time. In doing so, it allows you to push further, harder, and faster than almost any other exercise and with a simple movement.

The Swing allows you to literally drive the body as hard as you can without localized fatigue becoming the stopping factor. In many other exercises, the push up for example, the chest, shoulder and triceps, being the emphasis of that exercise, will tend to fail before the cardiovascular system or before your whole body as a unit is exhausted. The Swing allows you to circumvent that limitation.

When you fail with the Swing, especially after you’ve had a period of breaking in and a period of training time, you fail for one of two reasons. Complete exhaustion pushing the muscles, the endurance, and the internal organs and mind as far as humanly possible, versus failure of any individual specific system. In doing that, you have a key to upper level performance. Something that allows you, literally, to keep going, to test your mind, to test your lungs, to test your muscles and every area of the body. A systematic way to add to the strength of every area involved. The second reason is you just don’t want to go any farther.

The Swing also has, I believe, the most carryover to other kettlebell exercises, as well as other exercises for any other part of strength. For instance, powerlifting, strength exercises, barbell lifting, odd object lifting, strongman exercises and endurance in any form. It will allow you to build a type of grounded strength that almost nothing else can do. That makes the Swing the most effective choice for all our purposes.

Why wouldn’t you use the most effective tool, exercise and system to get the most change and advancement into Iron-strength and your best life?”

Why indeed would you not? Jeffries lays down an inspirational challenge and illustrates the challenge with his own immensely powerful story. Whether you are a longtime kettlebell practitioner or a complete newbie, Jeffries offers you a complete blueprint for utterly transforming your body—by making the Swing the center of your training universe.

The Bud Jeffries story is undeniable. Supply the fortitude and the perseverance, follow Bud’s plan—and the sky’s the limit for your future development of strength, endurance, power and speed.

From the foreword by Pavel: “Mixed Training produces Mixed Results”

The famous physiologist refers to one’s inability to go beyond mediocrity if strength and endurance are pursued with equal zeal. I never questioned this axiom as I had met many who had tried to prove it wrong. They all ended up average and hurt.

Then I met Bud Jeffries.

Bud defies the laws of physiology. His body could have been custom made for strength, forged from the same mold as Louis Cyr and Paul Anderson. Jeffries’ 1,000-pound squat starting from the bottom of a power rack is a strength feat legends are made of.

Respect but no surprises so far.

Then I watch this mountain of muscle drop into an effortless full side split, relaxed as a little gymnast girl. I have been fortunate to meet very strong men and very flexible ones—but they were never the same. Until Bud.

But it is Jeffries’ endurance that is on par with bumblebee’s flight—”it is against the natural laws!” He has swung a 53-pound kettlebell for almost an hour non-stop. He has done 1,000 sprawls. He pounded—not tapped—the heavy bag for one full hour. In other words, he performed feats of conditioning which would stop any 150-pound MMA stud in his tracks.

How does a man built like T-rex beat velociraptors at their own game?—I have no idea. But I listen and I learn. Bud Jeffries reminds me of another great strongman, Paul Anderson. The latter’s training had anticipated scientific developments decades ahead of his time. He was extremely smart and he refused to allow scientists’ limitations to become his own.

Ladies and gentleman, I am proud to present Bud Jeffries, the man who never compromises between strength and conditioning.

How to perform the swing

How to do this training

“I Will be Iron is my new favorite book. Yesterday for the second time I was able to do 1000 swings in a workout, only this time I also mixed in 200 push-ups. The book is awesome.” -Matt Mathis

There are no reviews yet. 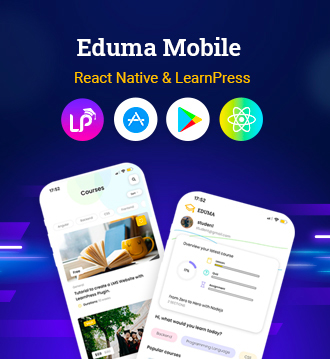